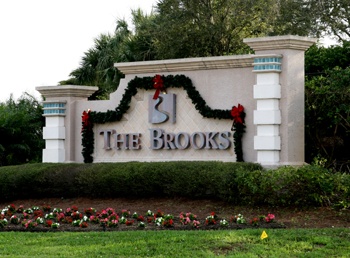 Environmental stewardship reigns supreme and natural beauty is in abundant supply as a significant portion of The Brooks includes open space, preservation and lakes.

The community has been recognized many times with awards including being named the 14th best-selling master-planned community in the United States by Robert Charles Lesser & Co. three years in a row (2000-2002). Read more about The Brooks real estate.

The Brooks Homes and Condos For Sale

More About The Brooks Real Estate

The five distinct communities within The Brooks are:

In addition to the extensive roster of amenities available in each of the five communities, residents of The Brooks are offered membership in the Commons Club. A variety of membership levels ranging from bronze to gold are available at the Commons which offers a beach club located on the Gulf of Mexico, health and fitness center with spa services, community enrichment center and Rosie Spoonbill's restaurant.

The Brooks is located in Bonita Springs between US-41 and I-75 along Three Oaks Parkway and Coconut Road. This location midway between Naples and Fort Myers offers convenient access to Southwest Florida International Airport, Florida Gulf Coast University, Germain Arena and the Coconut Point Mall.