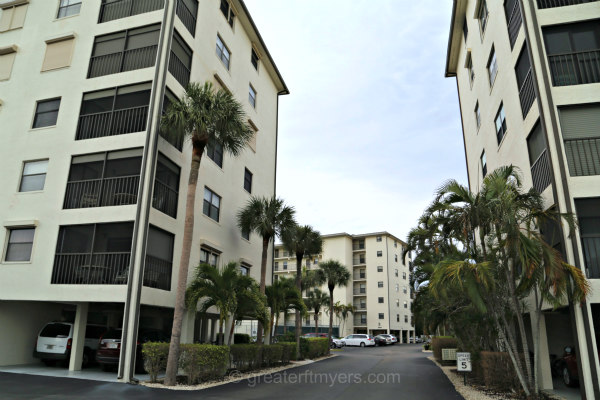 Estero Cove is a condo development located on Fort Myers Beach at the southern end of Estero Island.  The community features five, seven-story building and a total of 180 units. Estero Cove is located across Estero Boulevard from the Gulf of Mexico Beach.

Estero Cove is located at 6891-6899 Estero Boulevard on Fort Myers Beach.  This location is directly south of Island Pines Way and across Estero Boulevard from the Wyndham Garden and Pinchers Crab Shack.