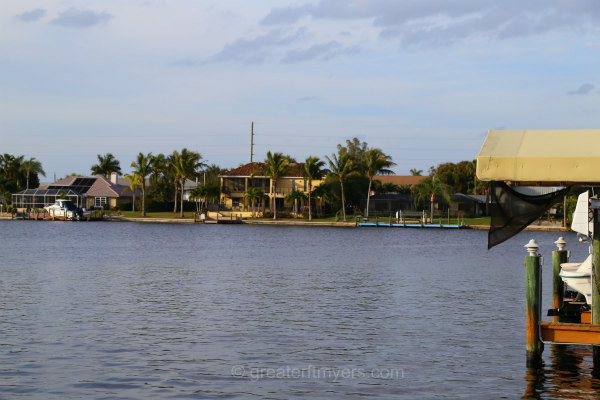 The Eight Lakes neighborhood is one of the jewels of Southwest Cape Coral. The neighborhood is anchored by two beautiful man-made salt water lakes, Thunderbird Lake and Britannia Lake. Both of these lakes were constructed with four clover leafs, a design that maximizes the number of waterfront homes in the community. Residents of Eight Lakes enjoy both the beauty of superb water views as well as the convenience of a backyard dock and quick boating access to the Gulf of Mexico.

Many of the homes in the 8 Lakes area are waterfront and feature gulf access boating. A wide range home styles and prices are available throughout the Eight Lakes area. Homes in the Eight Lakes community are served by the City of Cape Coral water and sewer utility system.