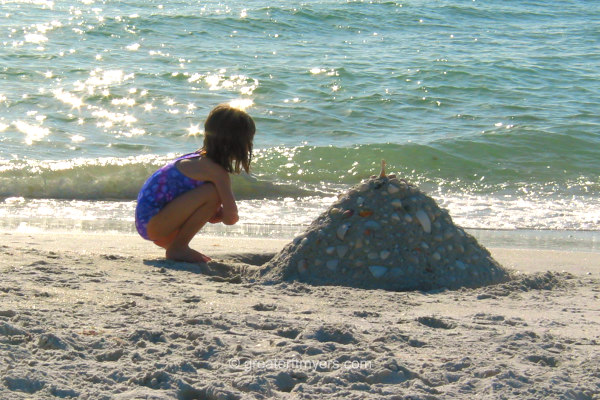 A “boating paradise,” Cape Coral is famous for its 400 miles of canals and saltwater access to the Gulf of Mexico and sailing paradise, Charlotte Harbor. With its 264 days of sunshine, temperatures averaging 75 degrees, and affordable living, Cape Coral is one of the fastest growing cities in the country.

As the largest city in Southwest Florida, Cape Coral combines the heart of a small town with the amenities of a big city. Retiring baby boomers and young families alike are drawn by the nature preserves, golf courses, boating, fishing, and community events that dominate Cape Coral life.

As the largest city in Southwest Florida, Cape Coral combines the heart of a small town with the amenities of a big city. Retiring baby boomers and young families alike are drawn by the nature preserves, golf courses, boating, fishing, and community events that dominate Cape Coral life.

Visitors also delight in activities such as the “boat-a-long” – a holiday marine parade along the canals and waterways. The vibrant community also features an Oktoberfest celebration driven by Cape Coral’s German population and other family events such as Fourth of July fireworks and a holiday festival of lights.

Frequently known as “the Cape,” Cape Coral is home to more than 150,000 residents and 4,000 thriving businesses. Managed growth and planned communities position this water wonderland as one of the best and brightest areas to call home in Southwest Florida.

Gated Communities have emerged is a big way in Cape Coral. These communities offer security and amenities galore in a wide range of housing types and budget ranges. Greater Fort Myers has created individual community pages with all the MLS listings for all the Cape Coral Gated Communities.

Cape Coral is truly a waterfront paradise with 400 miles of canals throughout the community. Cape Coral boaters truly enjoy the freedom of docking their boat on a canal behind their homes. Gulf access homes are plentiful in Cape Coral and are priced to accommodate a wide range of budgets and boating preferences. Our tour of Cape Coral Waterfront Homes is second to none.

Foreclosures and short sales are a growing percentage of the real estate transactions in the current Cape Coral market. Savvy, opportunistic buyers can find value-laden deals in this environment. These transactions take patience on the part of the buyer and a skilled Realtor to help guide you. We specialize in Cape Coral Foreclosures and Cape Coral Short Sales and are here to help you find a great deal in this ever-changing market. Enjoy our daily-updated Cape Coral Short Sale Listings.

Cape Coral’s Gold Coast was among the first sections of Cape Coral to be developed. This section of Southeast Cape Coral offers fabulous sailboat access boating to the Caloosahatchee River, Intracoastal Waterway and the Gulf of Mexico. Prestigious Gold Coast neighborhoods include Palaco Grande, Savona and Beach Parkway.

The Eight Lakes section of Cape Coral is a true gem. Sunsets across Thunderbird Lake and Britannia Lakes are truly a thing of beauty. These man-made lakes offer residents both backyard recreation as well as gulf access boating in an in-town location.

One of the challenges for growing families is finding a community that offers larger homes and also family-focused amenities. Many of the single-family homes in Southwest Florida have three bedrooms and are just not big enough for growing families. Cape Coral communities that feature 5 bedroom homes include Sandoval, Heatherwood Lakes, Coral Lakes and Trafalgar Woods.

With year-round golfing weather, Cape Coral golf homes are a highly sought after option. Cape Royal, with its elegant homes and reasonable fees is the standard bearer in Cape Coral golf communities. The Coral Oaks municipal course offers a wonderful option for golf course living without all the fees typically associated with a golfing lifestyle.

For Old Florida-style homes with a large amount of storage space, you cannot go wrong with take your home search to Celebration Cape in Cape Coral. The gated community is zoned for the inclusion of ... Read more

A lot of people choose Southwest Florida for its beaches and its watersports, but for some, the golf course is just as appealing. Luckily, there are several great golf communities to choose from in ... Read more

With generously sized lots and spacious homes, Heatherwood Lakes is a prime location for those searching for a new place to call home in Cape Coral. This lakefront community offers your choice of ... Read more

Along with a prime location and admirable amenities, its sparkling lakes that tend to dominate the Bella Vida community of Northeast Cape Coral. Some homes in Bella Vida overlook ponds and ... Read more

Millions of people in the US already play pickleball, and the sport is growing by leaps and bounds in places like Cape Coral. While lots of residential communities in Southwest Florida now contain ... Read more