The Reserve at Silverstone Coming to Bonita Springs 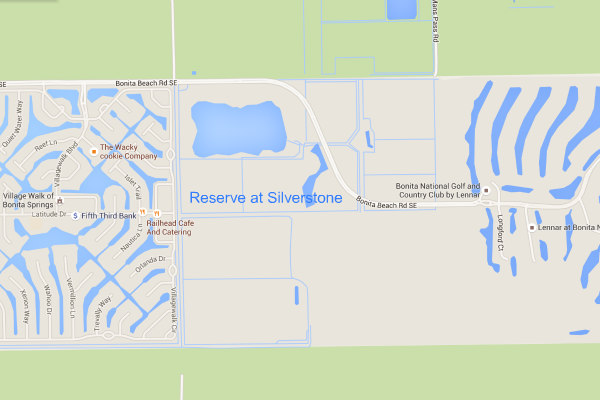 A new community comprised of single-family homes called The Reserve at Silverstone will begin developing next year in Bonita Springs on Bonita Beach Road, west of Bonita National Golf & Country Club, and east of Village Walk. Sales are expected to open sometime in 2017. Sunrise-based GL Homes will develop approximately 1,000 single-family homes on the site previously vacated for years by an affiliate of the Ronto Group that purchased the land in 2005. The location and attractiveness of the site will make this new community highly desirable, given that the new development is immediately west of Lennar Homes’ brand new Bonita National Golf & Country Club which opened a few months ago and has been very popular. GL Homes bought the land as its first purchase in Bonita Springs as a result of what it sees as the prosperity of Southwest Florida real estate. According to West Coast president of GL Homes, Patty Campbell, this site will keep the company in the core where it wants to be off of I-75, near Naples. GL Homes has successfully developed other current Southwest Florida communities: Marina Bay in Fort Myers, Marbella Isles in Naples, and Riverstone in Naples---all properties that are selling very well. All of those homes are high-end luxury properties. The Reserve at Silverstone will most likely be a similar high-end community. The homebuilder purchased the development of more than 345 acres on Bonita Beach Road for $56 million. GL Homes plans to transform the land into a community, The Reserve at Silverstone; the plans have been sent to the city of Bonita Springs. Financial analysts agree that real estate in Bonita Springs is in demand. Single-family detached home permits in the city of Bonita Springs have increased almost 40 percent in the past fiscal year, ending June 30, signaling greater demand for new single-family homes in Bonita Springs as the community continues to grow and thrive.
Tags: Bonita Beach Road, Bonita Springs, Gated Community, GL Homes, New Construction