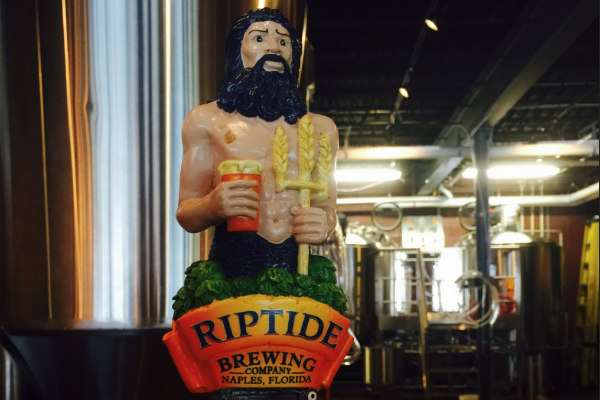 Southwest Florida is a destination for guided brewery tours for people who fancy themselves wannabe craft beer connoisseurs. A company actually called Southwest Florida Brewery Tours will take visitors behind-the-scenes on tours of local breweries to show you how beer is made. Private tours for small groups are available, as well. Besides organized tours, there are a couple of breweries in Naples that we highly recommend to visit: Riptide Brewing Company and Naples Beach Brewery. The Southwest Florida Brewery Tours provide a driver, and a self-proclaimed craft beer enthusiast who leads the tour to broaden your taste buds and expose visitors to a world of quality local beer. Tours are available on Saturday and Sunday afternoons with three different stops during the tour for a price of $45. The tour includes driving, tasting, and a VIP behind-the-scenes look at local craft breweries. An hour is spent at each of the breweries, and begins with a souvenir pint glass to fill as you go. The local breweries featured on the tour are Point Ybel Brewing Company, Fat Point Brewing, and Fort Myers Brewing Company. A popular brewery located in Naples is the Riptide Brewing Company at 987 3rd Avenue N. It is open Tuesday-Sunday for Happy Hour Specials, and features beers brewed in their taproom on the premises. Three friends who began brewing batches of beer in their garages, then re-located to a warehouse in North Naples, started the brewery that they opened to their friends who enjoyed coming for beer and music. Their new brewery site opened in the fall, and sells prepackaged foods for purchase or guest menus for orders from local restaurants delivered to your table. Another popular brewery is Naples Beach Brewery, also located in Naples, at 4120 Enterprise Avenue in the heart of the trade area south of Golden Gate Parkway. They offer a sampler flight or a pint of fresh beer; offerings include a variety of handcrafted beers brewed in house. They are open Thursday-Sunday. A food truck comes on Fridays.
Tags: Fort Myers, Naples, Recreation