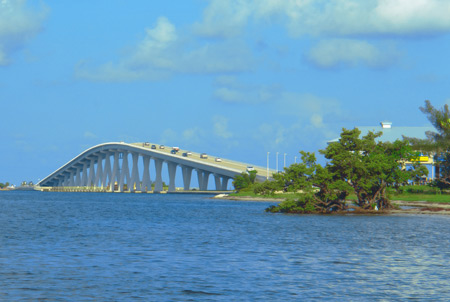 It appears the secret is out when it comes to the beauty and enjoyment of Sanibel Island. US News & World Report just came out with its list of the nation’s best vacation destinations and, unsurprisingly, Sanibel makes the cut. In fact, the island is one of two Florida destinations to make the latest list of the top 25 “Best Places to Visit in the USA”. Sanibel Island makes the list at number 19 while Miami slightly edges out the island, taking the spot of number 17 on the list. In particular, the ranking notes that Sanibel Island enjoys around 15 miles of shoreline, with the best shells found at Blind Pass Beach or Bowman’s Beach. Declared a “beach lover’s paradise”, the island is notably low-key, from its shops to its restaurants and area galleries. Sanibel Island reserves about half of its acreage for non-development, though, an effort that certainly lends to the appeal of the destination. While offering up some great options for visitors, Sanibel Island also caters to its non-human inhabitants, from dolphins and manatees to migratory birds and sea turtles. It’s the seashells, though, that many visitors seek out, with shelling considered a popular pastime. Other popular options include paddle boarding, sailing and kayaking. While this may be the latest one, it’s not the only list that ranks Sanibel Island with high marks. The publication also puts Sanibel Island at number three on its list of “Best Florida Beaches” and number six for “Best Winter Family Vacations” and “Best Family Beach Vacations in the USA”. While the beach is obviously an important draw of Sanibel Island, most of the top five locations on the latest ranking sit far from the sand and water. The top contenders include Yellowstone National Park, Maui, the Grand Canyon, Yosemite National Park and New York City; all popular vacation destinations in their own right.
Tags: Demographics, Sanibel