Omega at Bonita Bay Amenities Second to None 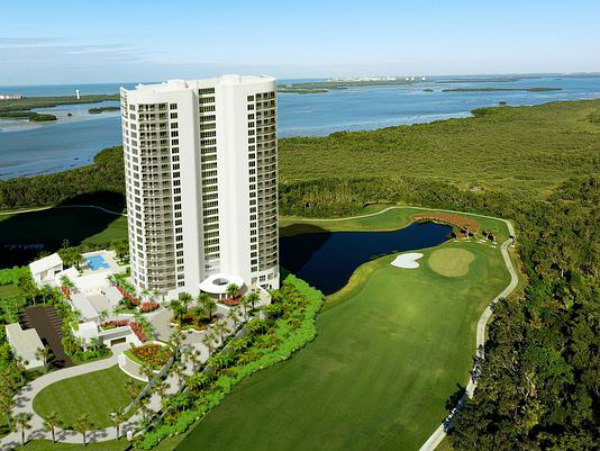 With amenities second to none, Omega at Bonita Bay brings an entirely new round of extraordinary added luxuries to Bonita Springs. Noted as the final luxury high-rise to grace Bonita Bay, the 27-story tower plans for an array of impressive amenities. Residents of Omega are sure to enjoy the addition of amenities such as a large clubroom overlooking the amenity deck. The third level deck promises sweeping views of the championship golf course, along with a swimming pool, complete with beach entry. The deck will also offer plenty of seating, along with a fire pit terrace, sculptures and poolside cabanas. The rooftop amenity deck additionally enjoys dual hot tubs overlooking the sensational surroundings, while a kitchen and bar area provide even more gathering space. Residents of Omega are additionally offered membership opportunities through Bonita Bay Club, including several golf courses plus a massive lifestyle center, including a salon and spa and a fitness center. Other possibilities for residents of Omega include the tennis and aquatic center with room for Har-Tru tennis courts and designated pickleball courts. As well, the option also exists for wet slips or dry storage at the marina. The private beach park on Little Hickory Island is just a short distance away, too, and the location boasts on-site dining options, adding extra convenience. Meanwhile, residents of Bonita Bay are additionally treated to a series of hiking and biking paths, several parks, a butterfly garden and access to a canoeing and kayaking lodge. With around 60 tower residences and a handful of penthouse units, the condos of Omega at Bonita Bay  start in price upwards of $2 million. With only up to three residences per floor, the large floor plans are also accented by the addition of large private terraces, private garage parking and an array of designer finishes and upscale features.
Tags: Bonita Bay, Bonita Springs, High-rise, New Construction, omega, Ronto Group