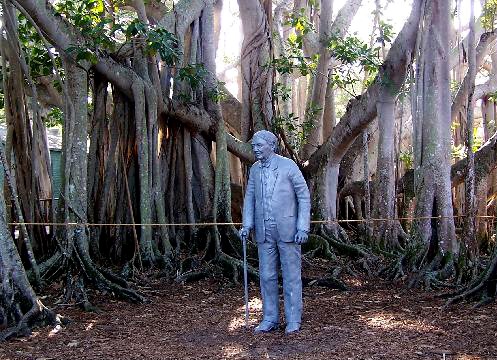 A look into the history of downtown Fort Myers shows how much Old Fort Myers has evolved over time.  Beginning in 1861, Fort Myers was one of the first forts built along the Caloosahatchee River as a command center in the struggle against the Seminole Indians. When the base was destroyed by a hurricane, Fort Harvie was built on the grounds that now is downtown Fort Myers.  The post, soon renamed Ft. Myers, was expanded. In the years after the war, 1864-1875, people from South Florida came to Ft. Myers to search for wood used in construction and many of the forts were dismantled.  In the 1870s, settlers came into the area and created an official community, which became known as Fort Myers.  Much of the growth during the rest of the 19th century was around the old fort grounds---the present Downtown Fort Myers.  In 1884, Lee County was created, a new courthouse was constructed and a newspaper started.  The citrus industry moved to the area, since it was farther south with a tropical climate and away from a severe freeze hitting most of the state. Fort Myers’ most famous resident, inventor Thomas Alva Edison, built his home and Seminole Lodge Laboratory on the banks of the Caloosatchee River.  Edison was joined often by his friend Henry Ford, and they would camp together or go on a drive to Estero.  Edison encouraged Ford to quit his job and focus on his dream to build a gasoline driven automobile.  By 1914, the first Ford Car Dealership was opened in Fort Myers.  In the 20th century, there was a building boom in Fort Myers, and the first homes appeared on 1st Street and Palm Beach Blvd.  Population growth continued with the arrival of the Coast Railroad and the Bradford Hotel on 1st Street.  Streets were paved, residential developments sprang up and the famous palm trees were planted along McGregor Boulevard and Whiskey Creek.  Most of the Mediterranean Revival structures seen today in Old Fort Myers were built during the 1920s.  The opening of the Seaboard Railroad and the Tamiami Trail, linking Fort Myers with Tampa and Miami, added to this growth. In the 1940s, World War II brought air bases to Florida because of the advantageous flying weather.  Many servicemen and the families later settled here.  Since World War II, Fort Myers and all of Southwest Florida have seen commercial and residential growth along the river; new commercial buildings and shopping centers can be seen all over the city.  The older downtown and the city’s historic districts have kept their old charm.  Today, downtown Fort Myers is home to many types of businesses, such as restaurants, cafes, boutiques, financial companies,  condos, professional offices and a convention center.
Tags: Fort Myers River District, Mcgregor Boulevard, old fort myers 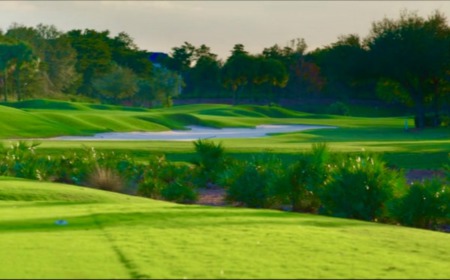 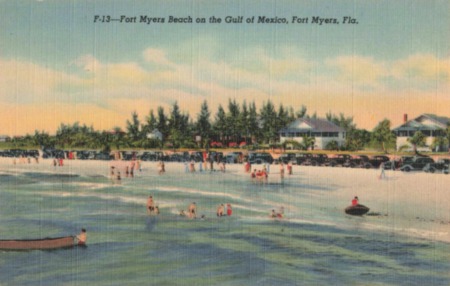 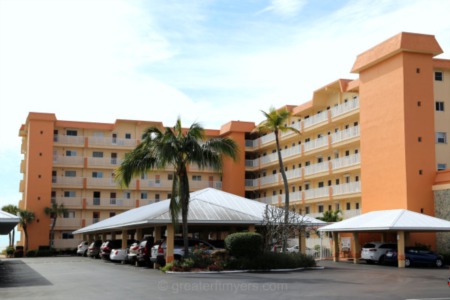