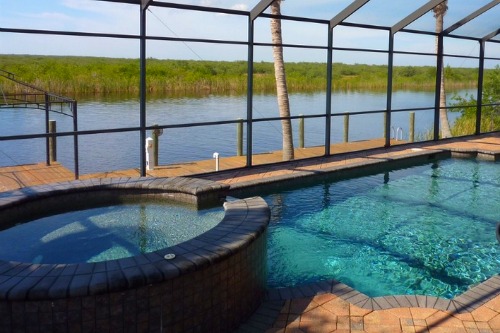 The city of Cape Coral will begin a dredging project in the North Spreader Canal at the end of this month. The city’s Public Works dredging crew will be working on the canal beginning on June 29 every day from 7 AM- 4 PM, and continue for a few months. The project is anticipated to be completed by mid-November at the latest. The North Spreader Canal is a man-made waterway located in northwest Cape Coral and used by boaters and naturalists. On the eastern shore of the North Spreader canal, there are single-family waterfront homes that enjoy premier views of protected native mangroves, and many homes have private boat docks and lifts. In addition to boating, many residents watch the boats that pass through the canal and enjoy sunsets over the natural mangrove, with Florida’s native birds, fish, and manatees. The North Spreader Canal is located west of Old Burnt Store Road from Caloosa Parkway to Pine Island Road. The dredging area begins from the 300 block of Old Burnt Store Road south to Pine Island Road. Canal access will be possible during this entire time. The last time the North Spreader Canal was dredged was seven years ago. During the North Spreader Canal dredging, boaters are warned to be careful as they travel through this work area, and obey all buoys and signs when city employees are working in the area. Cape Coral keeps up an active dredging program as it is home to more than 400 miles of canals. This dredging program aims to get rid of sediments and debris that builds up at the bottom of canals, as part of the inherent manner of sand and silt washing into the waterway. Dredging aids to keep the depth of the canals for drainage, as well as guarantee the safe passage by boats. The North Spreader Canal was completed in 1976. Increased tidal erosion became evident in 1986. Plans were eventually proposed to dam all of the breaches and construct plugs by 2001. There was some earlier local opposition to a proposed barrier replacement by people who believed the spreader would not function as a pollution-control system. Here is a resource to explore home ownership options along the North Spreader Canal in Cape Coral.
Tags: Cape Coral, Gulf Access, north spreader canal, Waterfront