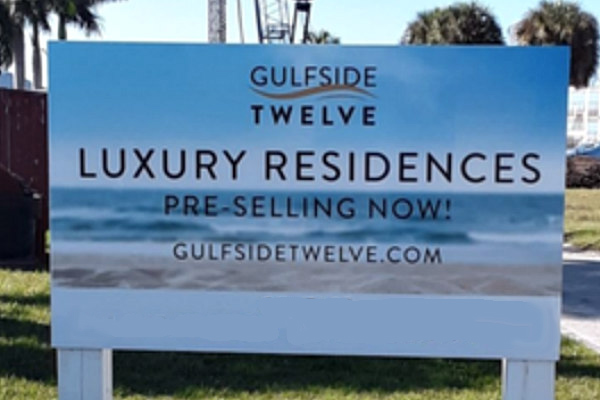 A new luxury project is making its debut in South Fort Myers Beach. The waterfront development of Gulfside Twelve consists of just 12 luxury residences.  The developer closed on the deal last fall, purchasing the land for $4.5 million. When finished, the property will include an exclusive collection of five-bedroom residences.

Each of the 12 units in the building will boast more than 4,000 square feet of living space, complete with hardwood floors and other upscale features and finishes. The units will also come with some private outdoor living space.

Buyers will delight in unobstructed Gulf views from the privacy of their own homes at Gulfside Twelve. For the time being, developers are publicly releasing few other details about the new homes, however it’s said they will all come with an open concept living room that easily flows between its dining space and the private outdoor living space.

The kitchens of Gulfside Twelve are scheduled to come with a high-end appliance package. Pre-sales of the new units right now are priced in the mid $3 million range, but the units will likely go up in price.

The first units of Gulfside Twelve could be delivered to owners by the end of this year, or possibly even by early next year. The new development is going up along Estero Boulevard in South Fort Myers Beach.

This popular vacation destination is known for its seven miles of white sand beaches and gentle waves. The town maintains more than two-dozen public beach accesses and the Lee County Parks and Rec Department maintains several parks in the town.