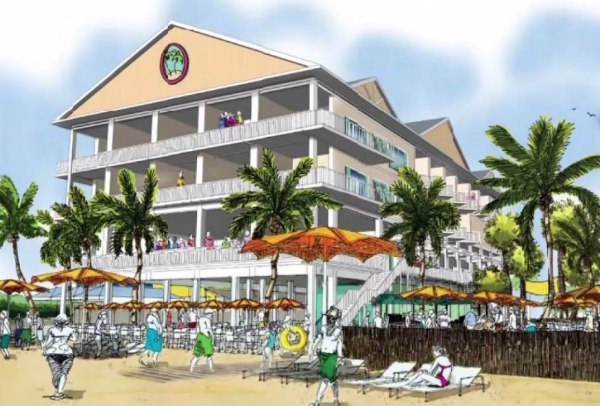 A brand new resort is coming to Fort Myers Beach, as developers just recently announced plans to open a new Margaritaville Resort in the Times Square District. The resort promises direct access to the sand and water, with seven beachfront acres dedicated to building the entire property. Plans call for constructing most of the resort’s open-air buildings on the bayside of Estero Boulevard, allowing for the preservation of outstanding Gulf views. Developers also plan to include several options for food and beverages throughout the property, including a beachside restaurant and a glass-walled main ballroom. Along with this, developers also plan to include a spa and some Margaritaville-inspired retail shops, along with a landscaped terrace and plenty of inspirational entertainment offerings that fit in with the property’s namesake. As well, each of the more than 250 guestrooms that make up the resort will include its own private balcony, many of which overlook sensational views of the Gulf. The new resort is expected to only compliment the area of Times Square. Currently filled with a number of shops, restaurants and even some live entertainment options, Time Square is at the center of Fort Myers Beach. Currently you’ll find some open-air restaurants serving up lunch, dinner and happy hour, as well as surf shops and clothing shops selling everything from beach accessories to sandals. Plans calling for a new Margaritaville resort should fit in nicely with the Times Square area, playing off the brand and laid-back beach lifestyle made famous by singer and songwriter Jimmy Buffet. It remains to be seen if Buffett, himself, will show up for an impromptu visit to Fort Myers Beach someday. Published reports suggest that construction could begin on the new Margaritaville beach resort by late this year, followed by an expected resort opening sometime in early 2021.
Tags: Fort Myers Beach, margaritaville resort