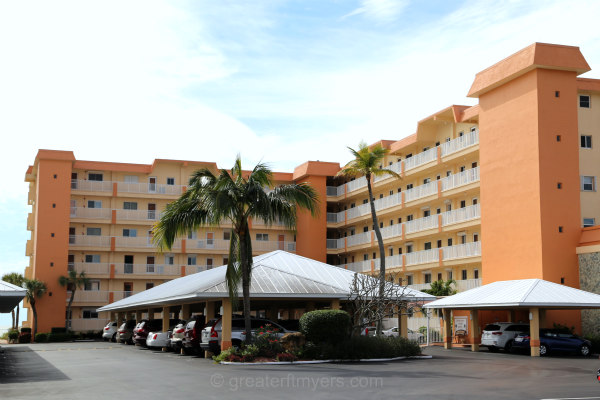 With more than a half-century of history to its credit, Leonardo Arms has quite a legacy. As the first condo property on Fort Myers Beach, Leonardo Arms Beach Club first came to being in the late 1960s.

At the time there was a growing demand for housing, but just single-family homes and some rental apartments for prospective new residents to choose from. The man behind the vision of Leonardo Arms was Leonard Santini.

He purchased land on the southern end of Estero Island, but development of the new condos didn’t come for several years. Some nearby residents at the time were against the idea of a high-rise and skeptical of condos.

Still, Santini’s vision went forward, the condos went in, and many of them sold fairly quickly. The development turned into three, six-story buildings, with condos selling at prices starting at $20,000.

The developer even moved into one of the units himself. Over a span of a couple of years, Leonardo Arms was built up in phases, soon totaling 180 condo units in all.

Ranging in size from nearly 800 square feet of living space to around 1,000 square feet, buyers at Leonardo Arms could choose from either a one-bedroom, one-bath unit or a two-bedroom, two-bath layout.

All units in Leonardo Arms have the advantage of at least partial beach views from their private balconies. Residents additionally enjoy such shared amenities as a community room, barbecue grills and shuffleboard.

The property also boasts the largest swimming pool on Fort Myers Beach and some storage options for residents with beach toys. These days, each of the three condo buildings has its own board.

Residents have an active social scene to choose from, including exercise classes, card games and evening cocktail hours. It’s no wonder that some residents have lived at Leonardo Arms for decades.