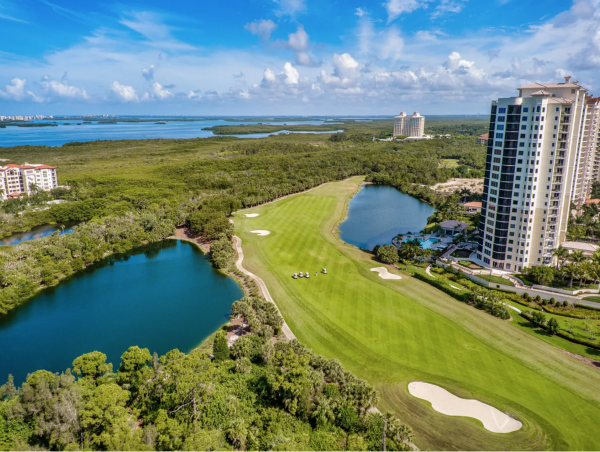 Reservations are now being accepted for a select number of remaining luxury condos at The Colony. Right now, there are less than 20 reservation opportunities still available for the new Infinity at The Colony high-rise.

When finished, the 22-story tower will offer a total of 96 new residences. Buyers have their choice of five different floor plans, typically ranging in size from around 3,075 to around 4,020 square feet.

Most units in the new tower are already spoken for, as dozens of condos have already been reserved at Infinity. With pre-construction prices starting at around $2 million, the new condos come with at least three-bedrooms and 3.5-baths, plus a den.

There are also some condos in the building with four-bedrooms and 4.5-baths, plus a den. Buyers can also enjoy a private elevator lobby, a large dining area, and an island kitchen with a wine cooler.

In addition, you’ll find walk-in closets in the owner’s suite, a walk-in shower, and a soaking tub. Other additions include a grand salon and private terraces.

Residents of Infinity can additionally enjoy such resort-style amenities as an amenity deck with swimming pools, pickleball courts and bocce courts. You’ll also find a game room and a children’s playground.

Infinity is the first of two high-rises under development by The Ronto Group. It is also the first new high-rise constructed at The Colony in six years.

A second nine-hole golf course is planned during construction of the next high-rise, as is a dog park. Residents also have access to Pelican Landing Beach Park, a fitness center, and the Pelican Landing Community Center.

You’ll find The Colony in Pelican Landing right on Estero Bay, just to the west of Highway 41. The Colony is also home to some other established buildings and communities, including high-rise, mid-rise and low-rise condos, as well as some villas and custom homes.