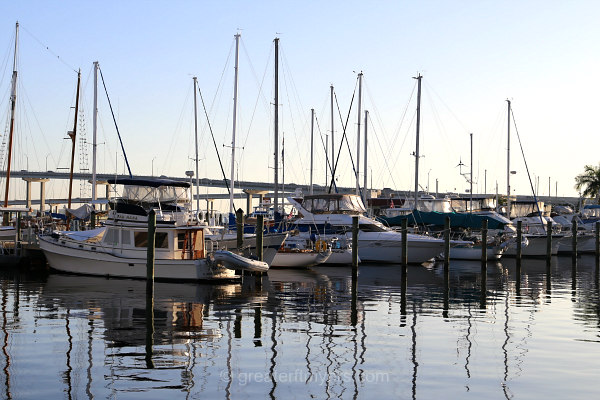 Already an important part of the Fort Myers River District, some city planners are now eyeing possible future plans for the Fort Myers Yacht Basin. Much like the rest of downtown over the past ten years, efforts are now underway to help transform the location by possibly adding on more retail, a restaurant, plus additional docks and moorings. Found on the Okeechobee Waterway, right between the Caloosahatchee and Edison Bridges, the yacht basin dates back to the late 1930s. With 240 boat slips and a lengthy reservation list already though, some argue that the city possibly handing it over to a private partner in the future would only boost costs and drive away local business. That’s not to mean that all boaters are against improvements, for some argue that certain improvements would definitely make the location more attractive. Since 2006 the yacht basin has seen about $5.5 million in improvements, however some city leaders maintain it would take more money to substantially grow the location in the future than the city can guarantee alone. Certain leaders are already pointing to the success of places like Marina Jack in Sarasota, bay front property leased out by the city decades ago, which has now grown in terms of available service and to include three restaurants. Improvements over the past decade-and-a-half have been privately funded at the Sarasota location. While the future of the Fort Myers Yacht Basin remains in question, already users enjoy close proximity to nearby historical sites, restaurants, festivals and more. Located on the River District’s north end, the boat facility currently holds boats and caters to those who live on their boats. User fees fund the basin, including dockage fees and electricity fees. Rates go up and down during the season, also dependent on the length of a vessel and whether the owner is staying for a day, month or year. Boaters also can expect little or even no current in the area of the marina, a real plus for those who enjoy the Fort Myers way of life.
Tags: Fort Myers, Fort Myers River District, fort myers yacht basin, Waterfront