Fort Myers Was Once Gladiolus Capital 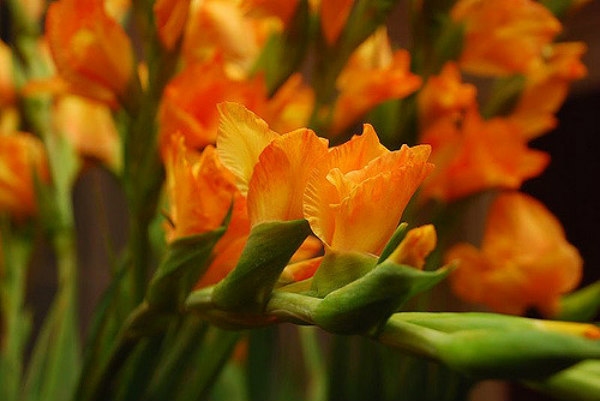 Photo: fajaril You’ve likely heard Fort Myers referred to before as the City of Palms, but Fort Myers also holds the former title of Gladiolus Capital of the World. The colorful bulbs first began sprouting up in Fort Myers in the 1930s, as growers fled to the area to help their crops avoid the winter freeze. Many of the very first gladiolus flowers in Southwest Florida came to life in the Iona district, a perfect location for growing due to the warm waters of the nearby Gulf and the Caloosahatchee River. An endless supply of sunshine helps too, as gladiolus bulbs can reportedly be planted in the region at any time of the year. Flash forward about a decade and dozens of local gladiolus growers were in business, employing hundreds of workers to take care of more than 2,500 acres of fields. Eventually they began shipping out millions of stems each year to florists all across the US and Europe. The gladiolus fields were more than just a scenic addition to the area; they also represented big business. It’s said that the gladiolus flower was once even represented on the official seal, as Southwest Florida was known primarily, at one time, as an agricultural region. That began to change around the mid 1990s to mid-2000s, when agricultural acreage began to drop off. Some suspect that the land once used to grow flowers was much more profitable to developers who brought in new homes and condos. While many of the old fields no longer exist, you’ll still see a small nod to the past. What we now call Gladiolus Drive used to be an access road leading to the fields. In addition, A&W Bulb Road gains its name from the former A&W Bulb Company, once a major flower growing company of South Fort Myers.