First-time buyers may want to take a second look at Fort Myers. The city was just named a top market for first-time homebuyers, which are tied to an estimated 31-percent of existing home sales.

The ranking comes from Move.org. The website recently released its list of the “Top 10 Metros for First-Time Homeowners”, putting the Cape Coral-Fort Myers metro in the number two spot overall.

The website took a list of what it considers the cities and metros capable of balancing a large population with affordable housing. The Fort Myers metro area has a population of more than 737,000 people, and a median home value of just under $225,000.

Move.org used US Census Bureau data, then compared metros based on things like median home value, median monthly housing costs and the percentage of occupied homes. While the median home value in Fort Myers wasn’t the lowest, the study generally found that higher home prices were often tied to places with a higher population and a higher demand for homes.

That, however, wasn’t always the case. The number one location on the Move.org list this year was McAllen, Texas.

Its metro actually has a larger population than the Cape Coral-Fort Myers metro area, but the median home value is significantly less. While Fort Myers ranked high this year, the State of Florida also did extremely well.

The city of Fort Myers is known for its nearby beaches, its shopping, fishing, and family-friendly attractions. The Fort Myers River District is an extremely popular spot to visit and explore. 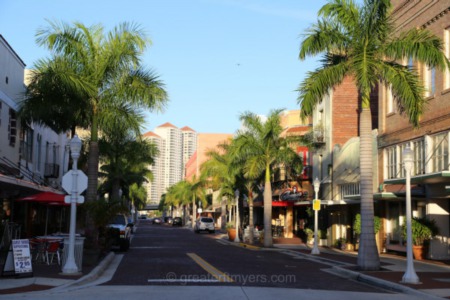 Long considered a desirable place to live, more and more people are now discovering just how affordable living in Fort Myers can be. The 24/7 ...Read More