Fort Myers Is The City of Palms 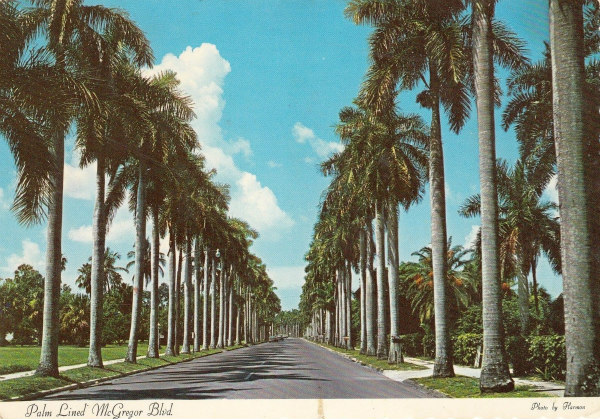 It’s been the city’s nickname for around a century, and it seems The City of Palms is here to stay well into the foreseeable future. Despite an effort in recent years to come up with a new mantra for Fort Myers, The City of Palms continues to reign strong. First created and promoted in the 1920s, the nickname has stood the test of time for generations. A couple of years back city leaders considering rebranding the area as something else, possibly even “Sunny days and warm ways”. It was just one of the suggestions thrown out as a replacement. The possible slogan change was part of an effort by local leaders in an attempt to reshape the overall brand and push a citywide marketing plan into the future. Leaders emailed out a survey to local residents about a potential change, but not everyone was receptive. In fact, the old slogan never truly went away. Some say that’s because the nickname is rooted in the city’s history. It can be traced, specifically, to the actions of former resident Thomas Edison. He reportedly once planted 200 palm trees in the area, lining the roadway from Downtown Fort Myers to his estate along the Caloosahatchee River. What began as a couple of hundred imported palm trees, though, has grown substantially over the years and decades. These days, nearly 2,000 palm trees and other trees line what’s now named McGregor Boulevard, cared for by the city. With some palm trees now topping 75 feet high, it’s said that the Royal Palms were the real force behind the city’s mantra of today. The pedestrian friendly, McGregor Boulevard is not just known for its palm trees, however. It’s also the site of several restored building and restaurants, while Edison Park sits just across the famous roadway from Edison’s former property, and that of his former neighbor, Henry Ford.
Tags: Fort Myers