Fort Myers is a Baseball Town 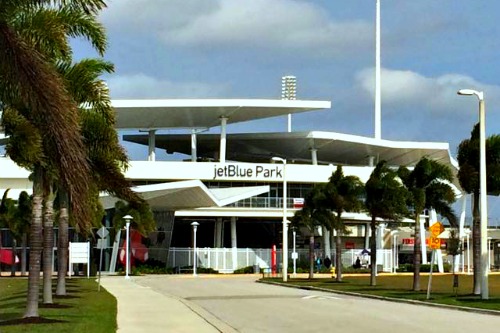 Popular for its stunning beaches, prime fishing, upscale shopping and beautiful homes, it seems Fort Myers really hits a homerun when it comes to local sports. While it may not be the most obvious attraction of the community at first glance, take a closer look and you’re sure to discover that Fort Myers is truly a baseball town. In fact, at least one major website professes that the city is one of the top in the nation when it comes to the country’s best baseball cities. While the City of Fort Myers is easily outsized by some of the country’s largest cities and their professional teams, it snags a spot in the top five when it comes to the best small cities for baseball, at least according to WalletHub. The ranking took into account things like stadium accessibility, average ticket price to attend a game and team performance. While Fort Myers did exceptionally well when comparing itself to other small cities, it still received a respectable ranking overall, coming in at number 41 on a list of more than 260 US cities of all sizes. Baseball fans can certainly see why. Each March the Minnesota Twins and Boston Red Sox head to Southwest Florida for spring training. JetBlue Park is the place to catch the Red Sox in action, as the team is only in the beginning stages of its 30-year lease at this facility located off Daniels Parkway.  A close replica to Fenway Park, the local ballpark has enough room to seat 9,900 fans, with standing room for 11,000. The Twins, meanwhile, have trained in the area for more than 25-years. When the team isn’t in session, Hammond Stadium also hosts minor league games. Meanwhile, Fort Myers also hosts college teams and baseball camps, giving baseball fans even more reason to cheer in this highly touted, baseball town.
Tags: Daniels Corridor, Fort Myers, Recreation