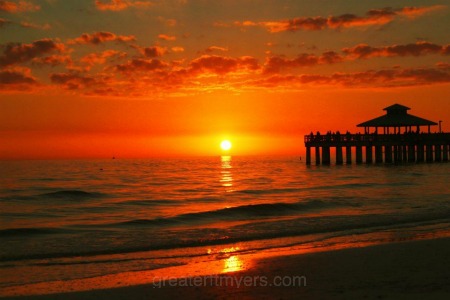 Residents of Fort Myers Beach have long known just how special the area is, but it seems the secret is definitely out. Several recent websites and publications rank Fort Myers Beach as home to some of the best beaches in the nation, and with good reason why! The travel website placesyoullsee.com considers Fort Myers Beach as one of the top 25 beach locations in the entire country. In fact, the area is noted as one of several Florida destinations to make the list. With picture perfect white sand and year-round sunshine, Fort Myers Beach is hard to beat. Along the same lines, USA Today offers up that some of the best beaches are indeed found in and around Fort Myers, from the more secluded to locations that draw in large crowds with watersports, nearby restaurants and entertainment venues. Of mention, according to the article, is Lynn Hall Memorial Park. Not only is the beach family-friendly, but it’s also the site of the Fort Myers Beach Pier and close to the stores and restaurants of nearby Times Square. If you’re planning a trip in the near future, TripAdvisor also gives credit to Fort Myers Beach, ranking it as number 18 on its own list of the nation’s top beach locations last year. In addition, this year Fort Myers Beach was also named as one of the best places to retire by LendEDU. Fort Myers Beach ranked high for its population of retirees and high for the availability of entertainment. Along with the water and sand, the town of Fort Myers Beach plays host to numerous annual events, including the Shrimp Festival each March and Taste of the Beach in May when area restaurants compete against each other for awards designating everything from best appetizer to best dessert. There’s also the Pirate Festival and the American Sand Sculpting Championship in late fall, plus the Christmas Boat Parade, kicking off the holiday season.
Tags: Demographics, Fort Myers Beach