Flipping is Back in Vogue in Cape Coral 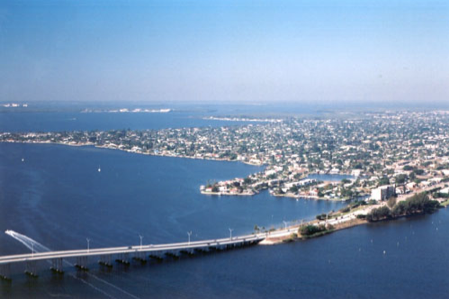 From Palm Beach Gardens and Miami on the southeast coast to Naples, Fort Myers and Cape Coral on the Gulf Coast, the market is quickly rebounding as real estate investors flip homes successfully with quick turnarounds within 6 months. Both Realtors and investors have spoken with the Florida Weekly to discuss the opportunities and the complexities inherent in flipping, which is a term coined by investors who buy property then resell it quickly at a significant profit.  While flipping used to be thought of as a derogatory term to mean poor judgment and greed during the 2006-2009 recession, the process has improved greatly and flipping is back in vogue as home-buying loans remain harder to get from banks, and investors are much more likely to make improvements and upgrades on the properties they buy now adding value to the existing homes before they sell or rent them out.  These restorations help values go up and improve the surrounding community as well. In a new market analysis by Realtytrac, Inc., a survey identifying the 25 hottest markets for flipping homes in the U.S. in 2012-2013 found that the Top 10 are in Florida, including Orlando, Tampa, Miami, Lakeland, and Sarasota, with Cape Coral---the market once ranked first in the nation for foreclosures---coming in at number 20.  As home prices are expected to rise throughout 2013, flipping homes---buying, restoring and reselling for a profit---is expected to become more favorable for investors.  One prominent realtor in Cape Coral says flipping has become more attractive; he had one Cape Coral home that had five above-asking-price offers within 48 hours.  In 2009, Cape Coral homes sold for $35 a square foot; now it’s $55 and investors predict values will go up to $75 per square foot.  And that’s good news for Cape Coral, where restoration and improvements for existing homes is having positive effects on property values in the community.
Tags: Cape Coral, Demographics, Real Estate Investing