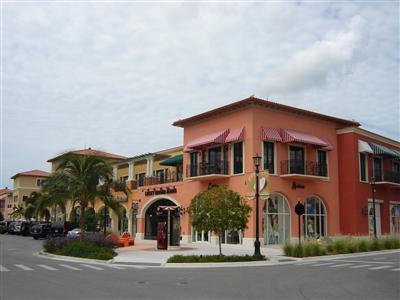 In a move to attract corporations and younger residents to its gated communities, the Estero Council of Community Leaders has hired “Estero 2.0” consultant Seth Harry so it can better understand the needs of its community to move in this direction.  Harry is largely known for designing town centers from Wisconsin to London.  After a 6-month study of Estero, Harry concludes Estero has too much vacant land approved for retail. Estero has 22,612 residents, according to a U.S. Census report, but more than 1,000 acres of land zoned for commercial uses.  Harry believes the unincorporated community will require an additional 12,500 households, or 25,000 more residents, to support 1 million more square feet of retail.  Ultimately, Estero community leaders plan to convince property owners holding vacant land to change their zoning from commercial to residential. While the current growth in residential in Estero has targeted retirees--Estero’s median age is 60.5 years old—Harry believes the residential needs to be more diversified to attract a younger, more sustainable population.  Rental car company Hertz, a Fortune 300 company that is moving its corporate headquarters from New Jersey to Estero, could help draw other corporations and younger residents to Estero.  Hertz expects 700 employees in Estero when construction of its headquarters near US-41 and Williams Road is completed in 2015.  Nick Batos, of the Estero Council of Community Leaders, is pushing for a larger variety of quality schools in Estero, like charter schools and private schools, that could help recruit younger families. Nearby Bonita Springs could help boost Estero’s bid to attract younger residents and new employers: Southwest Florida’s 15-24 year old population is projected to grow faster than that of Florida, increasing by up to 18% by 2015.  Lee County’s fastest growing occupation within Computer Specialties is Network Systems and Data Communications Analysts.  Nine different area colleges, universities and other training providers offer customized training programs to assist employers in training skills for its employees.  The number of employers in Lee County is expected to grow 19% between 2009-2017.  All this is good news for Estero in its quest to target younger residents
Tags: Demographics, Estero