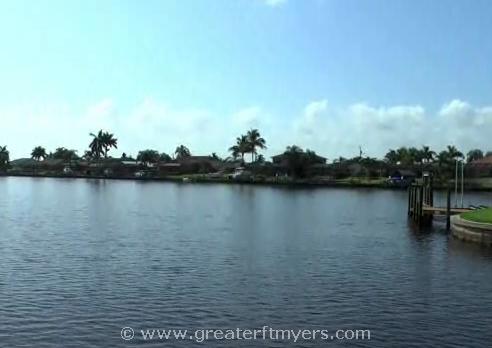 One of the true treasures of the Southwest Florida region is the Eight Lakes neighborhood in Southwest Cape Coral.  This neighborhood draws its name from the dual cloverleaf shaped lakes that anchor the community.  The sunsets over Eight Lakes are dramatic and are a highlight to each and every day. One question that we often get asked is why are there two beautiful man-made lakes located in the middle of Cape Coral?  When this part of Cape Coral was being developed in the early 1960s, a material called marl was found in this area.  Marl is a mudstone that proved valuable to Cape Coral developer Gulf American Corporation in building many of the cities roadways. Many of the lots in the area (Unit 44-1) that is now Eight Lakes were sold as home sites prior to the marl discovery.  After the marl discovery, Gulf American switched many of these home buyers to lots in other units without telling the buyers.  This massive switch and other subsequent lot switches in other parts of Cape Coral and also Golden Gate raised the shackles of the Florida Land Sales Board that ultimately led to the demise of Gulf American. Thunderbird Lake to the north and Britannia Lake to the south both offer gulf access boating for their waterfront residents.  Access to the gulf from both lakes is under a bridge and via the Vernon Canal for Thunderbird Lake and Citrus Canal for Lake Britannia.  Clearances under these two bridges are 9.25 Ft and 9 Ft respectively. Currently, ten homes are for sale in the Eight Lakes area ranging in price from $995,000 for a lakefront home  on SW 5th Place featuring 3 BR / 3 BA / 2,354 SF to $264,000 for a lakefront home on Cape Coral Parkway with 3 BR /  3 BA / 1,656 SF. Here is a resource to view the active Eight Lakes real estate listings.  Our team has years of experience with Cape Coral gulf access property and is available to provide information-rich, low-pressure assistance with your home search.
Tags: Cape Coral, Eight Lakes, Gulf Access, sw cape coral, Waterfront