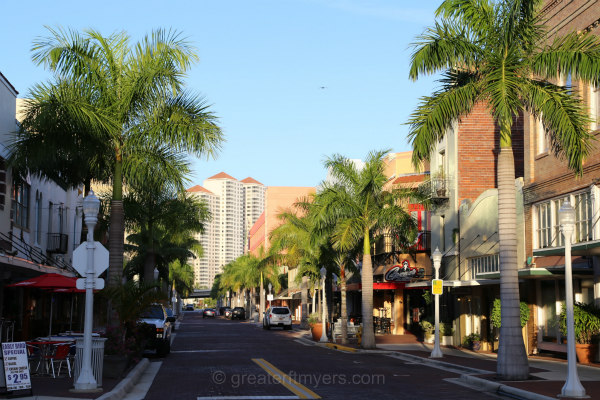 Downtown Fort Myers is filled with places to go and things to do, and now it’s been named one of the new year’s hottest neighborhoods.  The ranking comes from Redfin.

The company recently came out with its list of “America’s Hottest Neighborhoods of 2022”, and Downtown Fort Myers has a prime spot on the list. In fact, eight of the top 10 locations are all in Florida.

The Fort Myers River District rounds out the list in the number 10 spot. To come up with the ranking Redfin analysts ranked US ZIP Codes based on year-over-year growth on Redfin.com listing views.

Redfin found the year-over-year change when it comes to median views per listing was up 183-percent in Fort Myers. They also considered the difficultly of winning a home in each location based on things like the share of homes selling above listing price, the days on the market and the sale-to-list price ratio.

In particular, analysts pointed out the 33916 ZIP Code still has some affordably priced, 1950s-era homes, making them attractive to those sometimes priced out of other locations. The area is also said to be attractive to investors and builders.

Redfin did find, that like all other locations in the top 10, the number of active listings is down. With a median sale price of just over $264,000, homes in Downtown Fort Myers typically sit on the market about nine days.

One advantage pointed out when it comes to Downton Fort Myers is its location. There are several high-rise condos buildings being developed along the Caloosahatchee River.

With a large number of people retiring, and some of them retiring early, Redfin points out the increased interest in condos right now in places like Downtown Fort Myers. Unlike a single-family home, they require much less upkeep.

Other Florida locations on the list for 2022 include South Sarasota at number one, East Venice at number two and Englewood at number three. Venice, Nokomis, The Meadows and Weston also made it in the top ten.