While only about 12 miles long, the neighborhoods of Sanibel Island are decidedly different. Essentially, the island is broken down into three main geographic areas.

Traveling over the Sanibel Bridge, visitors first arrive on the East End of the island. This is where you’ll find a public fishing pier, a public beach and a lighthouse. It’s also the part of the island that is the most residential.

You’ll find a larger number of canal front homes on the East End, and some have direct access to the Gulf. There are also some smaller condo complexes in this area. Some of the people who live in the East End either work off-island or send their children to schools that are off-island. East End residential offerings include The Dunes Golf & Tennis Club and Sundial.

The Mid-Island is where you’ll find some beachfront condos, as well as some single-family home communities. A majority of Sanibel’s businesses are found along Periwinkle Way, including restaurants, shops and supermarkets.

Some consider this the busiest part of the island. Of course, that’s convenient if you want to live close to area shops and restaurants. Neighborhoods located in this part of the island include Gumbo Limbo and the condos of Gulfside Place.

The West End, in contrast, puts you closer to Captiva Island. This is where you’ll find some of the best shelling beaches on Sanibel. Quieter than other spots on the island, the West End is surrounded by conservation land. While it takes longer to reach this side of the island, it is the location of the Ding Darling National Wildlife Refuge.

You will find some beachfront homes, as well as a select number of lakefront homes on the West End, too. There are additionally some canal front homes located near Blind Pass. Options for buyers include The Sanctuary Golf Club. 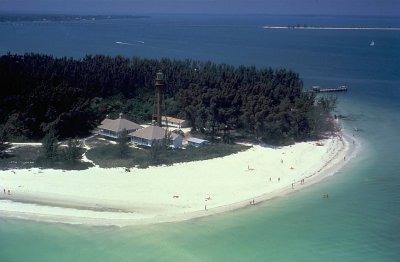