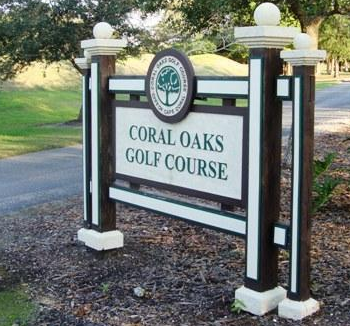 Most of the work is now finished at Coral Oaks Golf Course, where crews have been hard at work renovating the greens. City leaders previously approved more than $300,000 to help spruce up the golf course, including expanding and reshaping the greens, putting in some new putting surfaces and fixing up the practice range. Most of those funds went for work on the greens, with the remainder being used for the fairways and tees, as well as some new landscaping and trees to make the course more attractive to golfers in the future. The work has been a long time coming, as the last time the public site was re-grassed was about 17 years ago, a little longer than average for a golf course. While the renovation project itself may be winding down, crews are now focused on growing new grass and opening up the greens by early October. In the meantime, golfers are playing on some temporary greens and enjoying discounts, with the most inexpensive rates reserved for those playing after 3pm. The par 72 course is set within a 100-year old oak hammock, known for its natural beauty, contoured fairways and large greens. The course additionally boasts around three-dozen bunkers and eight lakes. It’s hoped the new improvements will generate even more business, by not only improving the course visually but also making it more appealing and enjoyable for golfers. Last year nearly 56,000 rounds of golf were played at the course, the lowest amount ever. In some previous years the golf course has reported more than 60,000 rounds of golf played, with the most ever in 2008. Those behind the project are now hoping to see those numbers climb once again, as more and more golfers come out to enjoy the new renovations of the Coral Oaks municipal golf course in Cape Coral.
Tags: Cape Coral, coral oaks, golf homes