Imagine a place that feels like living on an island, without being far away from anything you want and desire in Southwest Florida. That’s what you’ll find in the community of Coconut Shores.

This gated development sits in Estero, but at times gives the feeling of existing on its own private island. Some of that can be attributed to the community’s existing amenities and architecture.

One of the most visible additions to Coconut Shores is the property’s thatched Tiki hut, which is commonly used for gatherings. Another nearby thatched hut extends out over the water, just off the community’s swimming pool and sun deck.

Other amenities at Coconut Shores include the property’s spa, plus a clubhouse with a fitness center and tennis courts. Of course, the location also makes it just as easy for residents to head to the beach as it is for them to head to one of the many nearby shops, some of which are within walking distance of Coconut Shores.

With views of the lake and the preserve, housing options in Coconut Shores consist of more than 150 coach homes and villas. While buyers can expect a range of floor plans, they are typically treated to homes with around 1,500 to upwards of 2,200 square feet of living space.

Generally, the homes of Coconut Shores come in either two-bedrooms, two-bedrooms plus a den, three-bedrooms or three-bedroom plus a den designs. Some of the attached villas additionally include a private swimming pool, a screened lanai and a two-car garage for extra convenience and storage needs.

Constructed in the early to mid 2000s, the homes of Coconut Shores also offer plenty of modern features and finishes that are desired by condo buyers today. You’ll find the Coconut Shores community to the north of Coconut Road and to the west of US-41 in Estero. 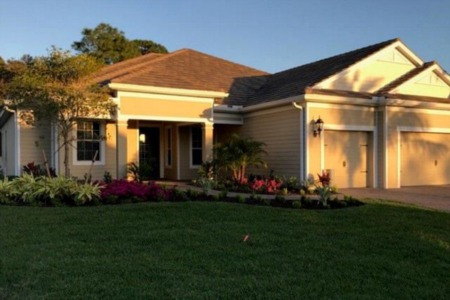 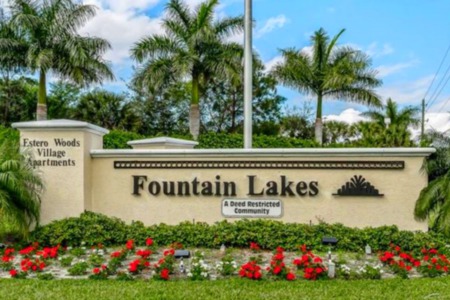 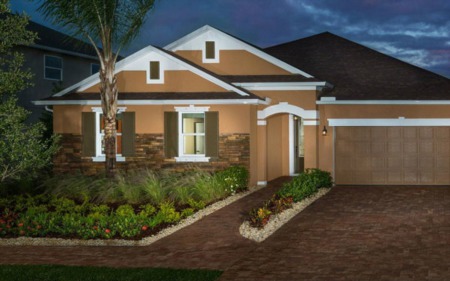 With a variety of different layouts to consider, Covers of Estero Bay offers floor plans to meet the demands of varying lifestyles. With eight ...Read More