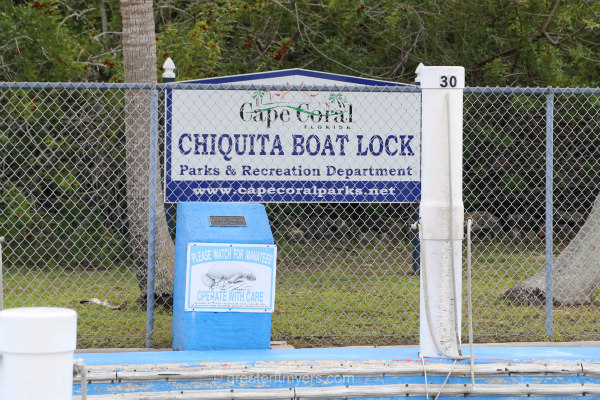 Proponents of removing Cape Coral’s controversial Chiquita Lock just got a big boost from the state’s Department of Environmental Protection. The agency recently posted a letter of intent, essentially giving the go-ahead for the city to remove the lock. Originally installed more than 30-years ago, the purpose of the lock at that time was to treat storm water runoff as the city grew and expanded, but that’s something that some say the area no longer needs. That’s likely thanks to recent efforts by the city aimed at improving water quality. The hotly contested issue has been a big one for area boaters for years, as some say they’re forced to wait for long periods of time to pass through, especially during peak season. Others maintain removing the lock could potentially boost area property values throughout SW Cape Coral including homes along the South Spreader Canal. Those opposed to the plan, however, say the need for faster boat traffic shouldn’t be a driving force in the lock’s removal, and fear the environmental cost isn’t worth the added convenience. Some environmentalists also continue to argue the lock’s removal could harm sea life and severely impact waters located outside the lock area. They also argue removing the lock will likely only increase boat traffic. The process or removing the lock has stretched on for years, as the city first submitted an application to dismantle it in 2015. A year later the City of Cape Coral applied for a permit from the DEP to remove the Chiquita Lock and put up a seawall. The city council still needs to determine the cost of removing the lock and the city will likely need to conduct hearings before the lock is actually removed. It’s expected that some with continue to object to the lock’s removal, too. A city council vote, however, could still happen by the end of this year.
Tags: Cape Coral, Gulf Access