Celebrating the Arts in Fort Myers 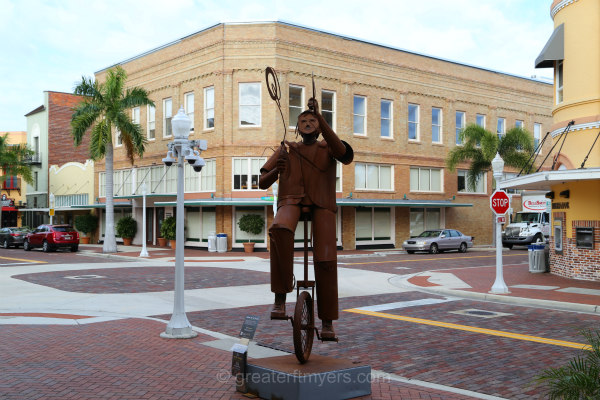 The beautiful weather and sensational beaches aren’t the only drivers when it comes to living in and visiting Fort Myers. There’s plenty to celebrate artistically, in fact some view the arts as having a major economic influence on the area. According to a newly released study, on an economic level, nonprofits arts and culture in Fort Myers contributed nearly $50 million to the city in 2015. The arts are also credited for nearly 1,400 full-time jobs, making the economic impact of the arts and employment levels tied to the arts much higher, in fact more than double than other comparable cities of relatively the same size. When taking all of Lee County into account, the study suggests the total economic impact on the area was more like $140 million in 2015, in this case considerably more than even major league spring training brought to the area during the same time. Visible displays of art include sculptures that dot the downtown area and annual events including Music Walk and Art Walk. Dubbed as the region’s premiere art festival, ArtFest offers artists and visitors a waterfront venue each February. Free to attend, the festival often brings together more than 200 artists, offering festivalgoers the opportunity to meet the artists one-on-one, while strolling through booth after booth of spectacular artwork. As well, the Alliance for the Arts provides an outlet for creativity, no matter your age or experience. With classes ranging from music and yoga to painting and drawing, the alliance brings together budding and experienced artists with affordable workshops and classes. There are also summer theater camps and live theater productions throughout the year, along with opportunities for live music and entertainment within such locations as the weekly GreenMarket. No matter your interest, there is plenty to enjoy when it comes to celebrating the arts in the Fort Myers River District.
Tags: Fort Myers, Fort Myers River District, Recreation