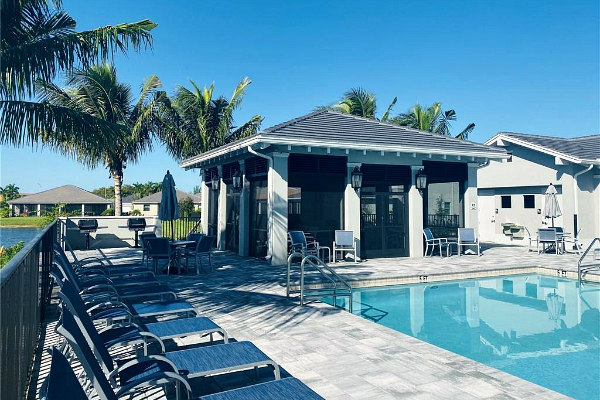 For green space and top amenities, you cannot go wrong when you take your home search to Castalina in Fort Myers. This gated community makes space for nearly 250 single-family homes and villas from Lennar Homes.

As for shared community amenities, residents living in Castalina have access to a swimming pool, a playground, and a mixed-use sports court. There is also some available greenspace.

The villas of Castalina from Lennar generally offer around 1,400 to 1,500 square feet of living space. There are three different villa floorplans for buyers to consider. They typically include two- to three-bedrooms, two-baths, and a two-car garage.

The executive homes of Castalina generally range from around 1,600 to 3,200 square feet of living space. The smallest home design features three-bedrooms, two-baths, and a two-car garage. It is a one-story design with a two-car garage.

There are several other one-story floorplans available in the community, as well. Most of them come with three- to four-bedrooms, three-baths, and a two-car garage.

The largest floorplan available in Castalina is a two-story home with five-bedrooms and three-baths. It also includes a two-car garage, but more than 3,200 square feet of living space.

The homes of Castalina commonly come with a screened-in or covered lanai, while some offer private swimming pools and second story bonus rooms. You may also find large kitchens and walk-in closets.

You’ll find the Castalina community just off Winkler Avenue in Fort Myers. The setting is close to several other popular communities, plus not far from some of the city’s most popular attractions, like the Downtown Fort Myers River District. In addition, the development is just a few miles from I-75, making for an easier commute.