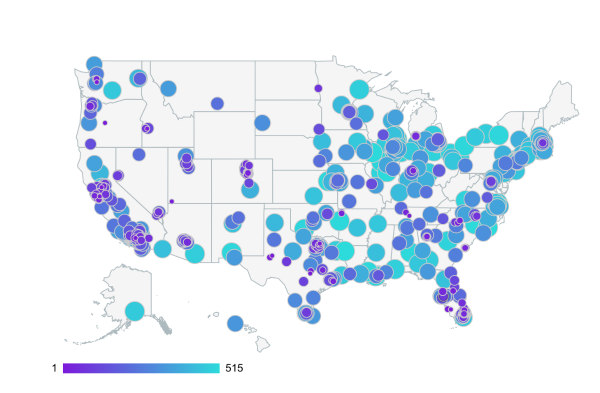 It seems the secret is out regarding the appeal of living in Southwest Florida. Both Cape Coral and Fort Myers just ranked high among the top cities in the nation when it comes to economic growth. In an analysis by WalletHub, a personal finance website, both cities get high marks when ranking locations with the fastest economic growth. WalletHub compared the growth of 515 American cities during a seven-year time period. The analysis took into account things like population growth, job growth, home prices and new businesses, highlighted by the dimensions of sociodemographics and jobs and economy. Only the actual cities were analyzed, not the surrounding metros. When comparing all of those categories, Fort Myers came in at number seven and Cape Coral took the overall 15th spot. Fort Myers, specifically received high marks for median house price growth and job growth, though, and received a respectable ranking for population growth. It’s also been noted that the city’s poverty rate decreased nearly three-percent during the seven years, tying for the largest decrease in the nation. When taking a closer look, Fort Myers came in at an overall ranking of number 8 for sociodemographics and a respectable number 10 for overall jobs and economy. Cape Coral, in comparison, received a ranking of number 24 for sociodemographics and an overall ranking of number 21 for jobs and economy. When further breaking it out into large, midsized and small cities, Cape Coral moved up to the number nine spot for midsized cities and Fort Myers took second place in the breakdown of small cities. It’s not the only great news for cities in Florida. In the overall ranking, Lehigh Acres came in at number three on the list of the fastest growing cities in the nation. Other Florida cities that received high marks included Boynton Beach at number 19. Receiving the very top honors were locations in Texas and Washington State.
Tags: Cape Coral, Demographics, Fort Myers