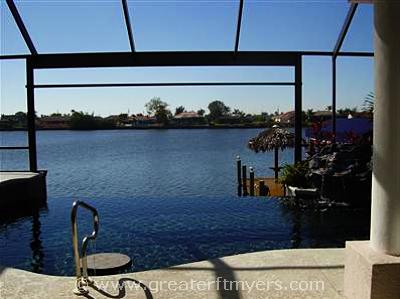 While Cape Coral is best known for its 400 miles of canals, the city is also home to many lakes which offer the ultimate in waterfront living.  Cape Coral's lakes are primarily man-made and were dug when the city was developed to provide fill and material for roadways.  Both saltwater gulf access and freshwater lakes are found in Cape Coral. Cape Coral's saltwater gulf access lakes are true Southwest Florida treasures.  Residents enjoy an abundance of waterlife including manatees, tropical birds and a wide range of fish species.  Gulf access lakes in Cape Coral are found in the Southwest and Northwest Quadrants and include Eight Lakes, Finisterre Lake and Lake Louise. Freshwater lakes are found throughout Cape Coral and offer a wide-range of recreational activities including boating, kayaking, fishing and jet skiing.  The Cape Coral Chain of Lakes is a series of freshwater lakes and canals located between Veterans Memorial Parkway and Pine Island Road that offer miles of water to explore.  Cape Coral freshwater lakes include Lake Kennedy, Saratoga Lake and Shamrock Lakes.
Tags: Cape Coral, Eight Lakes, finisterre lake, freshwater, Gulf Access, lake kennedy, lake louise, saratoga lake, shamrock lakes, Waterfront