Where Are They Now: Samir Cabrera 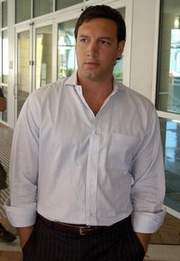 The Naples Daily News is running a series about Southwest Floridian news makers in 2009.  One of the featured 2009 newsmakers is convicted real estate deal-maker Samir Cabrera. If you are interested, Samir is now making his home in Pensacola at the Federal Prison Camp.  Samir was convicted of fraud associated with a a vacant land flip in the Daniel's Corridor of Fort Myers.  His case was one of the most followed stories of the year and the entire region was relieved that justice was served. The Daniels Corridor area has truly evolved into the "main street" of the Fort Myers region with the recent expansion of RSW and the upcoming development of the new Red Sox spring training facility.
Tags: Boston Red Sox, Fort Myers, fraud, RSW