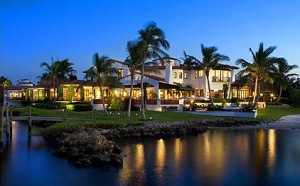 Casa Del Rio, the Gulf Harbour estate home of former WCI Chairman and former Ambassador to Portugal, was recently purchased by AC/DC Bassist Cliff Williams for $5.12M.  Casa Del Rio had previously been listed for as much as $17M during the real estate boom period.  Hoffman, a notable Republican party leader, has hosted fund raising events at Casa Del Rio for party dignitaries including then President George W. Bush. Williams is upgrading from another luxury home in the Gulf Harbour community, which is now on the market for $1.375M.  It is great to see a Williams staying put a Gulf Harbour.  I am ready to go if fellow AC/DC band members Malcolm or Angus Young want to join him in the neighborhood!
Tags: Fort Myers, Golf Community, Gulf Access, Gulf Harbour, Luxury, Waterfront